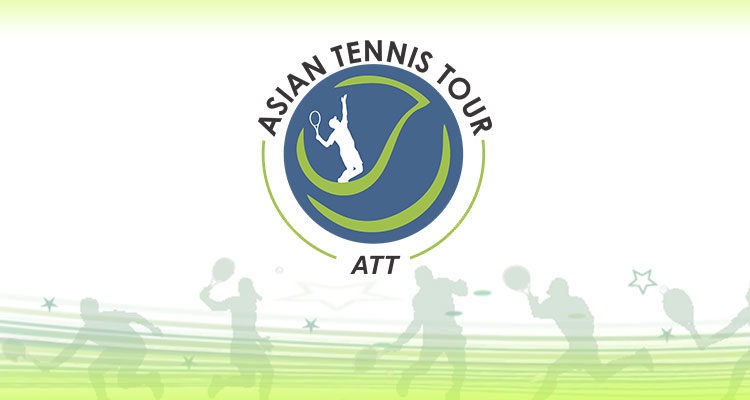 Asian Tennis Federation is re-launching the Asian Tennis Tour (ATT) and the re-vamped and revitalized event will commence from April, 2019

ATT will be open to players who are citizens/passport holders of 44 countries affiliated to Asian Tennis Federation. ATT is open for both male and female players and has four categories as listed below.

Other open tournaments will be accepting players Pan Asia, without any restriction.

USD $10000 tournaments will have both singles and double events. The doubles event shall have prize money only and no double points shall be awarded.

One time grant of USD1000 would be given to 1 vote and 2 votes nations for hosting 1st open tournament in any prize money category.

Every player participating in ATT will be required to obtain APIN, online, from ATT website. The players can easily obtain the APIN by filling in the required information and uploading copy of passport or copy of National Identity card issued by government. Only players with passport/ identity card of 44 ATF affiliated countries will be able to obtain the APIN. APIN will be valid for 1 calendar year and would attach a yearly fee of US$ 20.

A uniform schedule of tournament will be followed across for all the events. The signing will take place on Saturday (7pm to 9pm local time). Qualifying to run on Sunday and Monday, while the Main draw will run from Tuesday to Saturday.

The tournaments could  have reduced officiating requirements to curtail the cost for the organizers. All the tournaments should have a referee with minimum White Badge certification. Experienced Chair umpire is a must for all the main draw matches.

Recommended Fees for White referee would be as follows:

The fees will be in addition to the air fare and the hospitality.

A Tournament Director is to be appointed by the host nation, to liaise with the players and ATF and to oversee the smooth conduct of the tournament.

An English speaking sports medicine trainer should be available on site to assist players with the medical needs on site, at all times. A doctor on call should also be available.

A stringer is to be provided on site during the match days.

If artificial lights are to be used, it should be of minimum 500 lux, evenly spread throughout the court.

ITF rules of Tennis and ATT code of conduct to be in force during the tournaments.

Prize money will be paid in US$, unless approved by ATT office, with due tax deductions as per applicable law of the counties.

The players will be selected based on the following priority of rankings in order:

Seeding to be done purely on ATP/WTA ranking only. From Calendar year2020 first priority will be Asian Ranking.

All entry and withdrawal will be done online, through APIN log-in by the players. No emails will be accepted. Real time entries will be available for the players at any given time.

Players will be permitted to enter only one tournament in one week, with no exception.

Freeze deadline will be 12:00 Indian Time on Thursday prior to tournament Monday.

The ATT Ranking will become important as, the Asian ranking will serve as basis for allotting wild cards into higher level of professional tournaments, like Challengers, across Asia from time to time. The first series of Wild cards will happen in the year 2020, which will be given to top 10 players based on year end ranking. 10 wild cards will be handed to top 10 male players into ATP challengers across Asia in 2020 (1 to each of the top 10 players). Further 10 top female players will receive 1 wildcard each into ITF Women’s 25K or above tournaments in the year 2020.

The tax will be deducted from the above prize money as per the applicable laws of host nation.