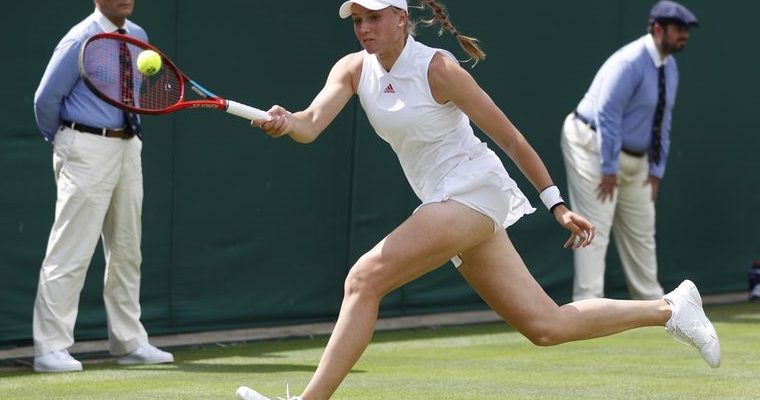 Belarusian world number four Aryna Sabalenka has beaten Kazakhstan’s Elena Rybakina, who is seeded 18th at The Championships, to reach the quarter-finals and thus, ending the Asian hopes in singles competitions at the 2021 edition of Wimbledon.

Number two seed, Sabalenka, got the better of Rybakina in three sets 63 46 63 in a fourth round match that lasted one hour and 49 minutes.

22-year-old Rybakina, who made her maiden Grand Slam quarter-finals at Roland Garros 2021, came up short on the occasion on Manic Monday at The Championships whereas Belarus’ Sabalenka, aged 23, earned her first quarter spot at a Major.

Among the Gentlemen, Ben McLachlan is flying the Japanese flag high in doubles with his South African partner Raven Klaasen after the pair reached quarter-finals with a roller-coaster win over French duo Fabrice Martin and Jeremy Chardy in five sets 67 64 67 76 75.

McLachlan is now the only Asian left in the Gentlemen’s doubles competition at The Championships. However, in his Mixed doubles match, McLachlan and his compatriot Ena Shibahara gave a walkover to Austrian-Ukrainian pairing of Oliver Marach and Lyudmyla Kichenok in the second round tie.

China’s Shuai Zhang and her Aussie partner John Peers, seeded 17th in Mixed Doubles, advanced to third round.
While in the Ladies doubles action, three Chinese Taipei players – Latisha Chan, Chan Hao-ching and Hsieh Su-wei are into the quarter-finals along with the Japanese fifth seeded duo of Ena Shibahara and Shuko Aoyama.

Results of Asian Players from Day seven of Wimbledon Championships 2021:

Bublik knocked out in Wimbledon third round, Asian hopes end in Gentlemen’s singles