Tokyo 2020 Paralympics – Tennis Round Up 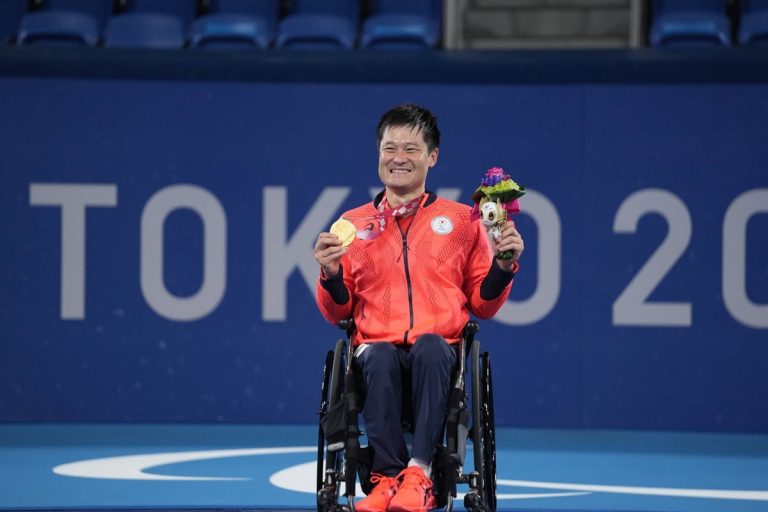 The world No. 1, a doubles champion at Athens 2004 before back-to-back singles triumphs at Beijing 2008 and London 2012, has now claimed the third singles Olympic gold medal of his career. He becomes the first player to triumph on home soil since David Hall won gold at Sydney 2000, and the only player to win medals at five different Paralympic Games, having won doubles bronze at Rio 2016 while nursing a persistent shoulder injury.

“My dreams came true,” Kunieda said. “I wanted very much this result, but this year I haven’t won a lot – just one time, in Australia – so I have doubted myself. But I told myself, I can do it, I know what to do out there on court.

“After Rio, I thought about retirement many times because of my elbow injury, so I can’t believe this result. I want to tell myself, ‘Good job’.”

It was a display of relentless intensity and tactical mastery from Kunieda, who bounced back from being broken in the opening game in dramatic fashion. Mixing up high balls that negated Egberink’s devilish slice backhand and some canny combinations to keep the No. 8 seed from unleashing his heavy forehand with any regularity. The 37-year-old Japanese player picked apart his opponent’s defences time and again.

With that, those volunteers and Japanese support staff among those on Centre Court to bear witness at Ariake Tennis Park broke out into excited applause as Kunieda, draped in the Japanese flag, let the tears flow.

“It was three times, maybe 10 times more pressure than a normal Paralympics in another country,” Kunieda admitted. “But because I faced the pressure and overcame, the happiness I feel now is also more, 100 per cent.” 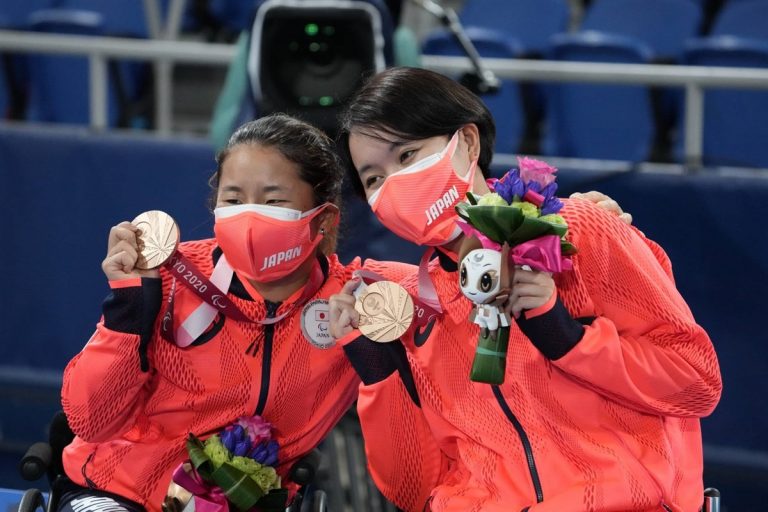 Kamiji, one of Japan’s three torchbearer’s to light the Paralympic cauldron to open the Paralympics, ends Tokyo 2020 with two medals to her name after winning silver in singles, five years after claiming singles bronze at Rio 2016.

“I couldn’t sleep last night because I was frustrated,” Kamiji said of her singles defeat by De Groot. “I knew I had to be in a different mindset today because it was Momoko’s first Paralympic medal match. I didn’t want to ruin her experience. It is also really good to win the last match I play in the whole Games.”

The home hopes looked in good shape for victory after moving 3-0 ahead in the second set, but a brief stoppage in play after Zhu toppled in midcourt chasing a ball and had to reset herself in her chair, the tenor of the contest changed.

Adopting a safety-first approach, both sides resolved to give nothing away as the rallies – primarily between Zhu and Ohtani, who didn’t want to tee up the nous of Kamiji and the firepower of Wang – grew longer and longer.

Zhu and Wang recovered the break and twice denied Ohtani the chance to consolidate after Wang’s serve faltered as the second set, already 90 minutes old, entered a tiebreak.

For a moment it looked as if the contest might enter the third set as the Chinese pair moved 3-0 up, but Kamiji and Ohtani stormed back to win the next seven points and seal bronze, guaranteeing that Japan will finish Tokyo 2020 with four wheelchair tennis medals, with Koji Sugeno and Mitsuteru Moroishi securing quad doubles bronze.