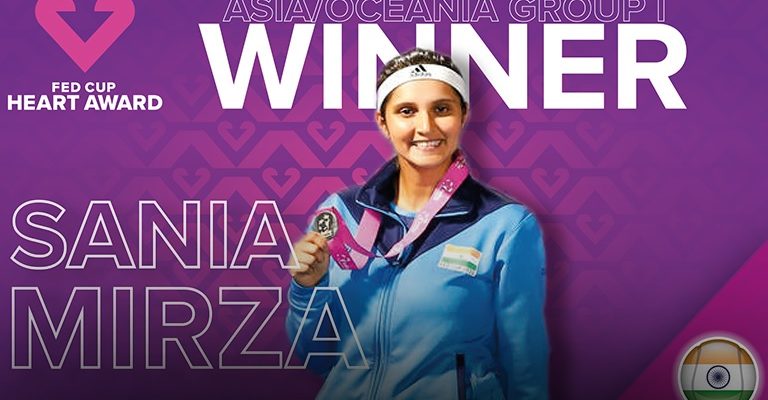 Sania Mirza’s return to Fed Cup action for the first time since 2016 saw India book their place in the Fed Cup by BNP Paribas Play-offs after overcoming Korea, Rep., Indonesia, Chinese Taipei and Uzbekistan to finish second behind China in Dubai.

With 18-month-old son Izhaan watching from the stands, Mirza went 3-0 in doubles for India, including victory in the decisive doubles over Indonesia that secured second place in the group.

“It’s an honour to win the Fed Cup Heart Award as the first Indian,” said Mirza, who was also India’s first Heart Award nominee. “I dedicate this award to the entire country and to all my fans and thank everyone for voting for me. I hope to bring more laurels to the country in the future.

“I want to donate the money that I get from this award to the Telangana Chief Minister’s Relief Fund as the world is going through very difficult times with the virus.”