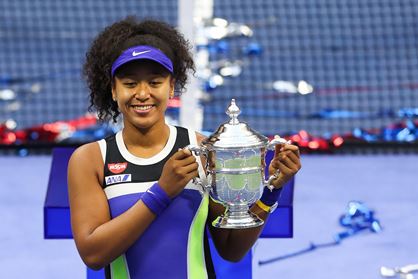 Osaka came from a set down to triumph in three sets 1-6, 6-3, 6-3 to claim her second title at Flushing Meadows and third Grand Slam overall in one hour and 53 minutes on Arthur Ashe Stadium.

Azarenka, who overcame 23-time Grand Slam champion Serena Williams in the semifinals, broke Osaka’s serve thrice to race through the first set 1-6 in just under half an hour.

Osaka, the fourth seed, seemed on verge of an embarrassing   defeat after losing first set and losing  serve to trail 0-2 in the second set,  but she managed to lift her game just at the right moment. Osaka broke back immediately,
leveled the set and went on to break the Belarusian twice to seal the second set 6-3 and take the championship duel to deciding rubber.

Osaka broke Azarenka’s serve in the fourth game and raced to  a 4-1 lead but Azarenka, also a former world number one, fought back and made it 4-3 as Osaka lost serve in the seventh game in the decider.

However, Osaka broke back and converted her second match point to claim the deciding set and the title. It was Osaka’s second win at the tournament in three years.

After the final, Osaka described her win as “an incredible moment” saying she was “really glad I did it.”

As a result, Osaka rises back to World No.3 in WTA rankings, a climb of six places. 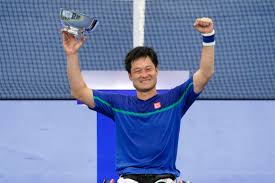 Another two Japanese tennis players, Kunieda Shingo and Kamiji Yui,  won the wheelchair titles in the men’s singles and the women’s doubles competitions at the US Open, respectively.

World top-ranked Kunieda clinched the  Wheelchair men’s singles title for the first time in five years, beating Alfie Hewett of Britain in the final on Sunday.

Kunieda won the first set 6-3, but lost the second 3-6.In the final set, Kunieda initially took the lead with his versatile shots and tenacity, but Hewett caught up with his powerful shots.

The experienced Japanese player eventually edged past the opponent 7-6(3) in the tiebreaker to earn the trophy. 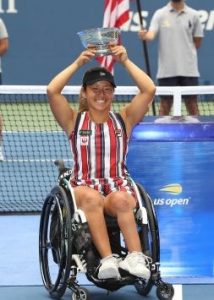 In the women’s wheelchair doubles, Japan’s Kamiji teamed up with Jordanne Whiley of Britain to beat a Dutch pair 6-3, 6-3.

It was Kamiji’s third US Open doubles title.

In the wheelchair women’s Singles final, she however lost to Diede 6-3, 6-3 to finish runner up.

In the women’s doubles competition, Chinese player Xu Yifan finished runner up teaming up with Nicole Melichar from United States.

They lost to  Laura Siegemund of Germany and Vera Zvonareva of Russia 6-4, 6-4 in the Women’s Double Competition .

It was a commendable effort on part of many Asian players at the US Open, which does show case the significant development of tennis in Asia.