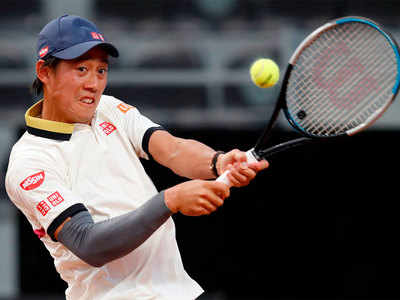 Kei Nishikori defeated two-time ATP Tour titlist Albert Ramos-Vinolas 6-4, 7-6(3) on Monday evening to reach the second round of the Internazionali BNL d’Italia in Rome. It is the first win of the season for the Japanese star. The clay tournament is a run up to French Open which is slated to start soon.

The 30-year-old is working his way back from right elbow surgery, which he had in last October. Nishikori needed six match points to finish off the Spaniard, triumphing after two hours and four minutes. He saved the two break points he faced against Ramos-Vinolas and converted one of the 10 break points he earned.

“I tried to be aggressive when I could. He hits a lot of topspin balls, so it’s not easy,” said Nishikori, who has never lost his opening match in Rome. “But I tried to have good defence and good offence.”