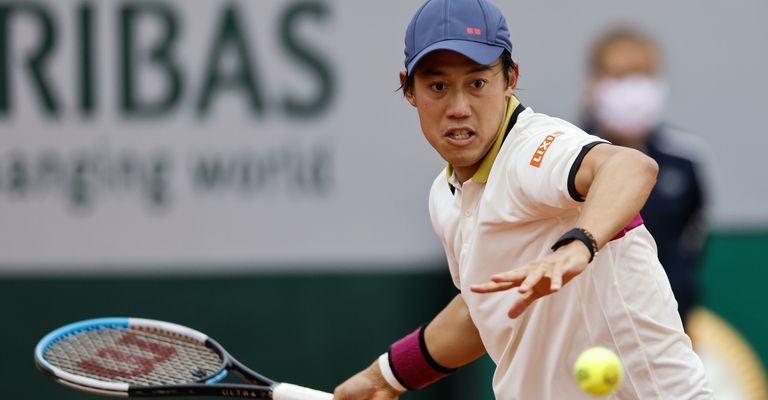 Japan’s Kei Nishikori surrendered the first set tamely at 6-1 but overcame the rusty start and  managed to battle past Britain’s Dan Evans on Sunday and sail into the second round of the French Open.

Evans, the 32nd seed, looked on course for his first ever French Open win as he romped through the opening set but Nishikori polished off the second set in equally quick time.

Nishikori led 5-2 in the third set only to be dragged into a tiebreaker, which he won but again lapsed as Evens hit back to win the 4th set and extend the match into the decider 5th set.

A  match , which kept on swinging from player to the other, saw three times French Open quarter finalist Nishikori seize control and run to  lead of 3-0 but again Evans reeled off the next three games and had a break point in the seventh that he could not convert.

That proved crucial as Nishikori produced a couple of stunning points to break the Evans serve at 4-5 and seal the victory, only his second of the year.

The world number 35, who has now won 24 of his 30 five-set matches in Grand Slam tournaments, will take on Italy’s Stefano Travaglia in the second round.