India’s top single player, Sumit Nagal claimed a thumping win against 191st ranked Roberto Marcora of Italy in the opening match of qualification of the Roland Garros. He won the match 6-3, 6-3 in his quest to progress to the next round of the Paris showpiece event. The 23-year-old will next face Alejandro Tabilo of Chile.

The 23-year-old is one of the biggest hope for India after Prajnesh Gunneswaran who was outplayed 6-2, 6-2 by Oscar Otte of Germany in the first round of qualification. 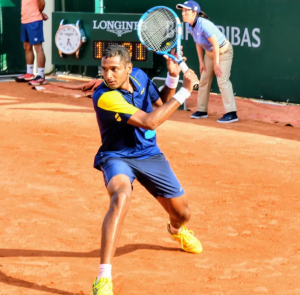 On the other hand, Ramkumar Ramanathan (IND) showed excellent grit to seal a  come-from-behind victory against American Michael Mmoh. He registered 2-6, 7-6 (4), 6-3 win over Mmoh. Ramanathan was outplayed in the first set but then fought back hard to take the second set in tiebreak. Right after the second set ended, the play was suspended due to rain. When they came back to the court, Ramanathan kept his head in the game, and at the back of a single break, got the win to make the second round of the qualifiers. He will face Denis Istomin from Uzbekistan in the second round.