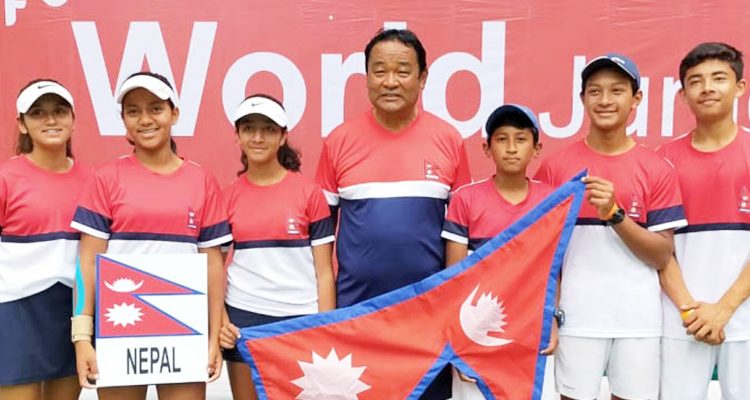 The Asia/Oceania Pre-Qualifying event of World Junior Tennis Competition was held from 17th to 22nd February 2020 at Jakarta, Indonesia.

There were 9 nations in boys event and 5 nations in girls, who joined together to fight for 2 spots in the final qualifying round. The number of qualifiers from pre-qualifying were increased to three after the tournament finished as China pulled out from the qualifying event.

In the boy’s category the top 3 seeds lived up to the expectation and finished in that order. Nepal justified the top billing given to them and won the event by defeating Sri-Lanka 2-1 in the finals. While Singapore managed to overcome Philippines in the play off for the 3rd place.

In the girls event which was played on a round robin format, home nation Indonesia emerged the winner after remaining unbeaten in all matches. Singapore and Sri-Lanka finished 2nd and 3rd respectively at the end of the event.

The Chinese withdrawal paved way for the third placed Singapore team in the boys and Sri-Lanka in the girls category.

The Top 3 standing of Boys and Girls team to qualify for the final qualifying competition are:

The top three nations from each category will be travelling to Carrara, Australia for Asia Oceania final Qualifying event which will be held from 22nd – 27th March 2020 for the Girls and from 30th March – 4th April 2020 for the Boys. Good luck to all the teams !!!!!