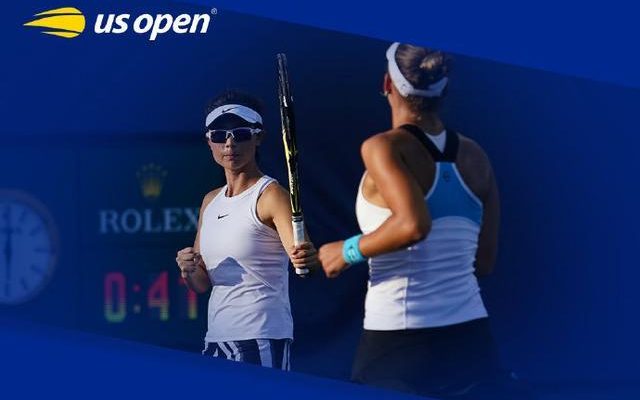 China’s Xu Yifan teamed up with American Nicole Melichar to edge past Asia Muhammad/Taylor Townsend of the United States in three sets to reach the women’s doubles final at the US Open on Wednesday.

The third seeds were down a match point in final-set tiebreak, which they saved to prevail in a tremendous tussle 6-4, 3-6, 7-6 (9-7) and earn their berth in the final.

Melichar said: “Before the match, I told my coach I was prepared for a 7-6 in the third set. Obviously I’m thrilled we won 7-6 in the third. You always wish that it’s easier, but we fought our hearts out.”

“Asia and Taylor played a great match,” Melichar continued. “We’ve known each other for so many years, played against each other so many times.”

Very little separated the two teams in a match which could have gone either way, where each pair fired 46 winners on the day. Muhammad and Townsend broke serve six times, compared to five breaks for Xu and Melichar, but it was the Chinese-American team who managed to secure the decisive breaker.

“I’m so proud of Nicole and I, we’ve really worked very hard every day,” said Xu, after the pair reached their second final in the last three weeks at the USTA Billie Jean King National Tennis Center.

They were runners-up at the Western & Southern Open, which took place at the same site in Flushing Meadows two weeks ago.