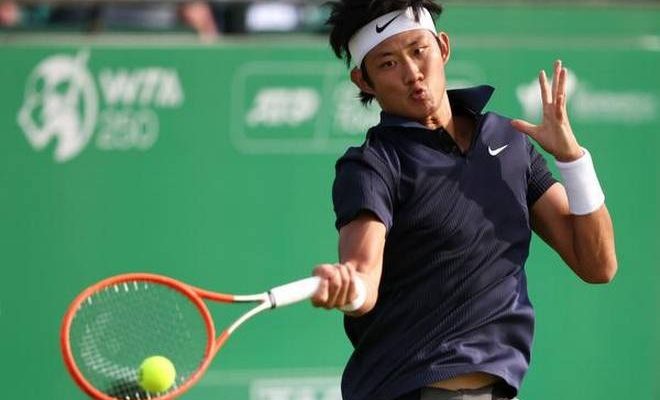 Asian Gentlemen at the Wimbledon Qualifying

Asian Gentleman had a mixed outing at the qualifying event of the Wimbledon Championships.

Zhizhen Zhang from China standing tall at 1.93 and ranked 175 on ATP singles ranking qualified for the main draw defeating his higher ranked opponent Francisco Cerundolo from Argentina. Zhang raced to 2 set lead in the best of 5 set match in 37 minutes. 3rd set was a close affair and Argentinian managed to win it after 52 in a tie break. The 4 set also saw a close battle and extended to the tie break as well. Zhang eventually closed the match with an ace to win the match with a score line of 60, 63. 67(4), 76(6).

Zhang will next face Antoine Hoang in the first round at the Championships.

Yasutaka Uchiyama from Japan lost out on the berth into the main draw. He lost 67(6), 36, 36 to Oscar Otte from Geramany.  However he was in for some news and got into the singles main draw as Lucky loser and would be facing Carlos Alcaraz of Spain in the opening round.

Ramanathan Ramkumar from India had big chance of qualifying against the Ausssie Marc Polmans who is ranked 57 places above him. A very close match which swung both ways till the close in the deciding rubber which the Aussie won 11-9 after almost 4 hours. The eventual score line would reflect the close battle won by Polmans at 63, 36, 76(2), 36, 11-9

Jason Jung from Chinese Taipei also put an excellent show and had a chance to make it to the main draw at Wimbledon, but lost a close match against Frenchman Gregoire Barrere.

Asian Ladies at the Wimbledon Qualifying